As an essential business, we are open! We are here to treat and support the orthopaedic needs of our community.
Contact us to schedule an appointment. 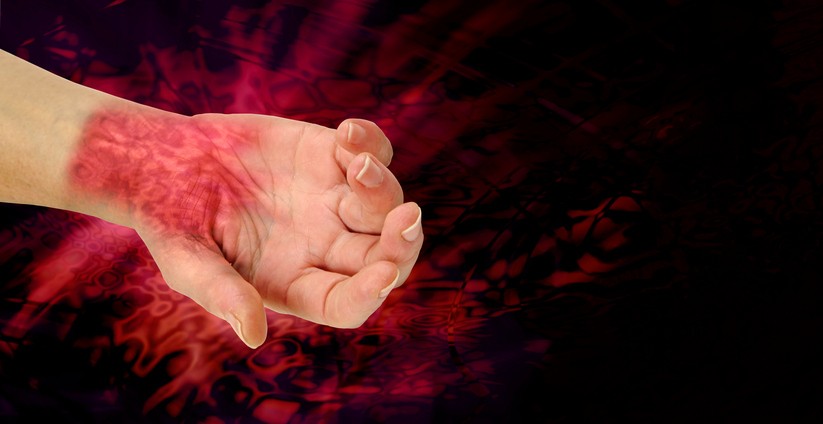 The anatomy of the hand consists of 27 bones, along with muscles, joints, tendons, nerves, and ligaments. If any of these structures become injured, pain and loss of function can put a damper on almost all activities. Hand pain can also be caused by diseases such as arthritis and carpal tunnel syndrome. The wrist is one of the most commonly injured joints in the body, and as the hand and wrist are connected, many problems affect the two together.

The term repetitive strain means strain related to actions which are frequently repeated.

Repetitive Strain Injury (RSI), or overuse injury, is used to describe a range of painful conditions of the muscles, tendons, and other soft tissues. Mainly caused by repetitive use of one part of the body, RSI is usually related to a task or occupation, but leisure activities can also be a cause. Unlike the normal pain that follows a sudden injury, symptoms of RSI can persist well beyond the time it would take symptoms of a normal strain to ease.

Symptoms of RSI vary, depending on what repetitive actions are being done, and what part of the body is being overused. There is a wide range of jobs and activities, such as athletes, computer operators, typists, musicians, and people doing a multitude of repetitive tasks, that most commonly lead to repetitive strain injury (RSI).

Repetitive strain injury (RSI) symptoms in the affected area can include:

Surgery for RSI is usually done as a last resort, however, if you have a form of RSI in your wrists called “carpal tunnel syndrome,” one option to treat it is to have an open carpal tunnel release surgery. During the surgery, what they do is cut the transverse carpal ligament in order to release the pressure on the median nerve. By releasing the pressure, patients who undergo this surgery may experience a relief from their carpal tunnel symptoms, including pain and tightness.

Spectrum Orthopaedics is your number one source for the latest news about research and advancements in orthopedic care.

The more you know about your condition or treatment, the better and swifter your recovery.
Our patient education library can provide you with that insight.

Donita suffered a work-related injury that required complex wrist surgery. Thanks to Spectrum Orthopaedics, she’s back on the job feeling better than ever…

Tammy had severe knee pain for years and tried all sorts of treatments to no avail. Then she went to Spectrum Orthopaedics. Now, she’s walking pain-free.

Karen sustained a severe forearm injury while on a camping trip. Instead of going to the ER, she went to Spectrum Orthopaedics and had restorative surgery within 48 hours.

Dr. Zimmerman had pain in both knees so severe that he could only walk about 100 feet at a time — until he turned to Spectrum Orthopaedics.